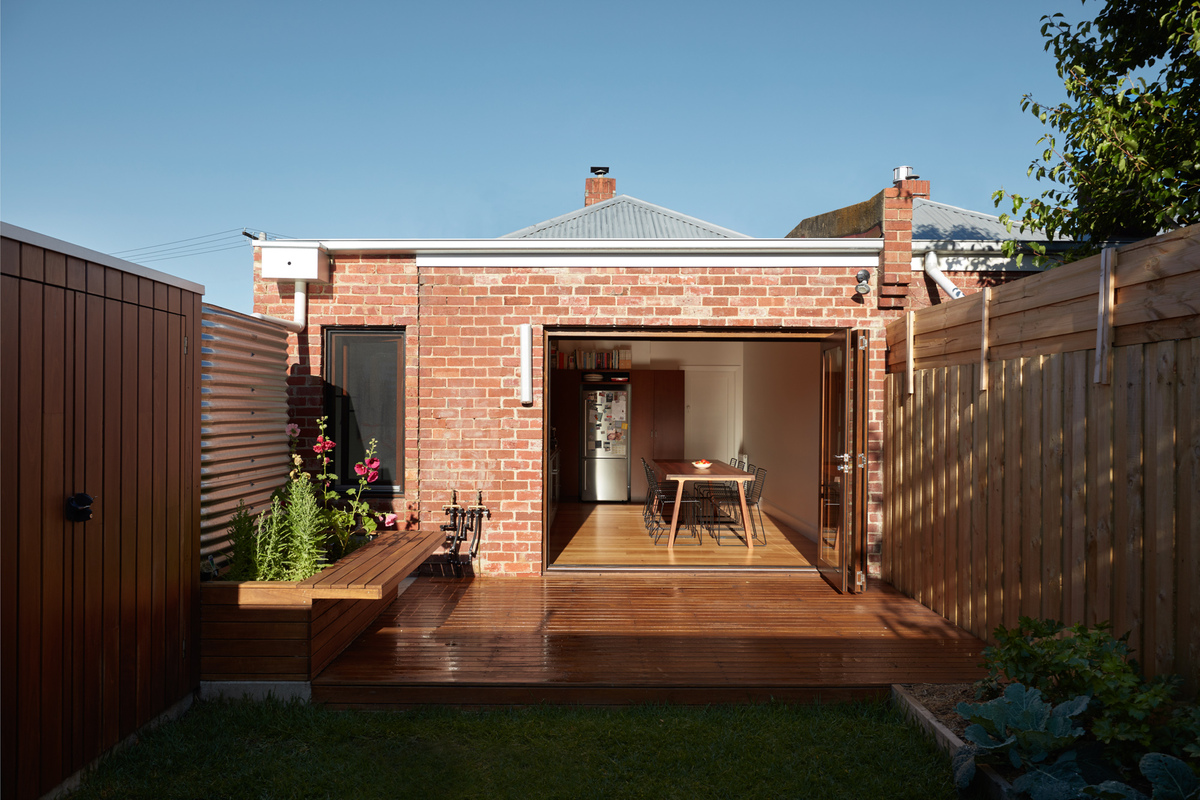 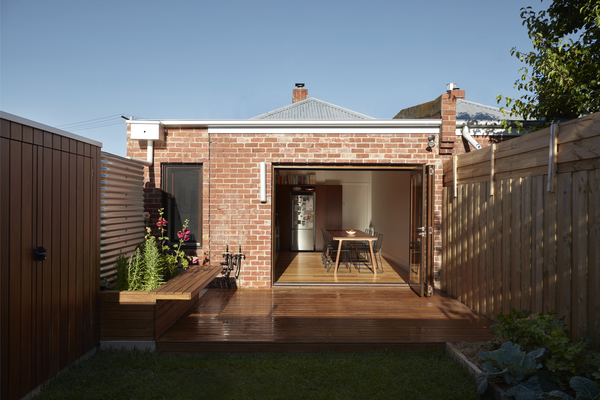 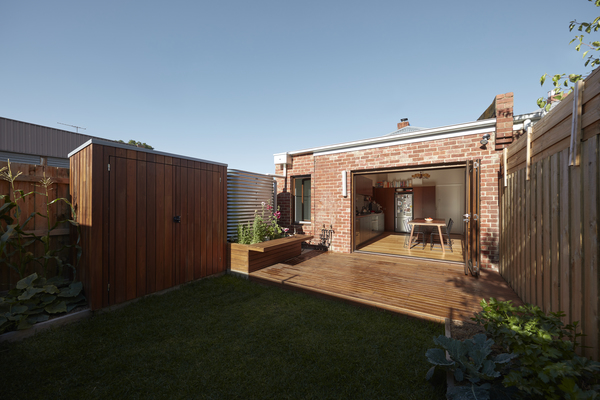 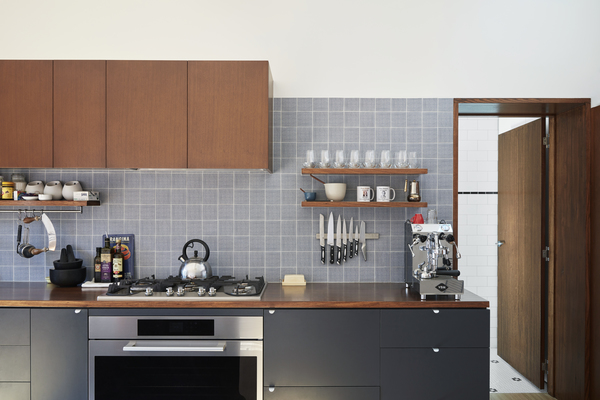 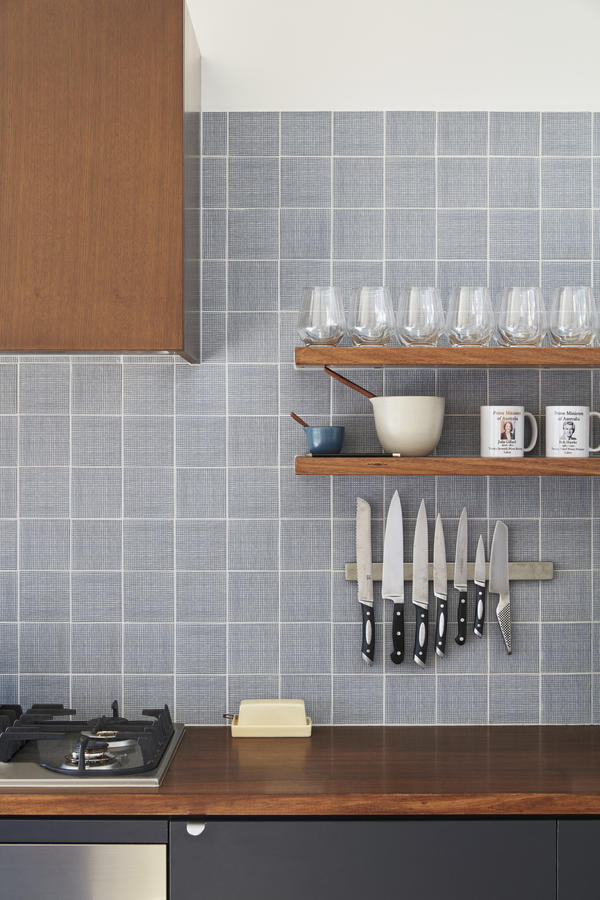 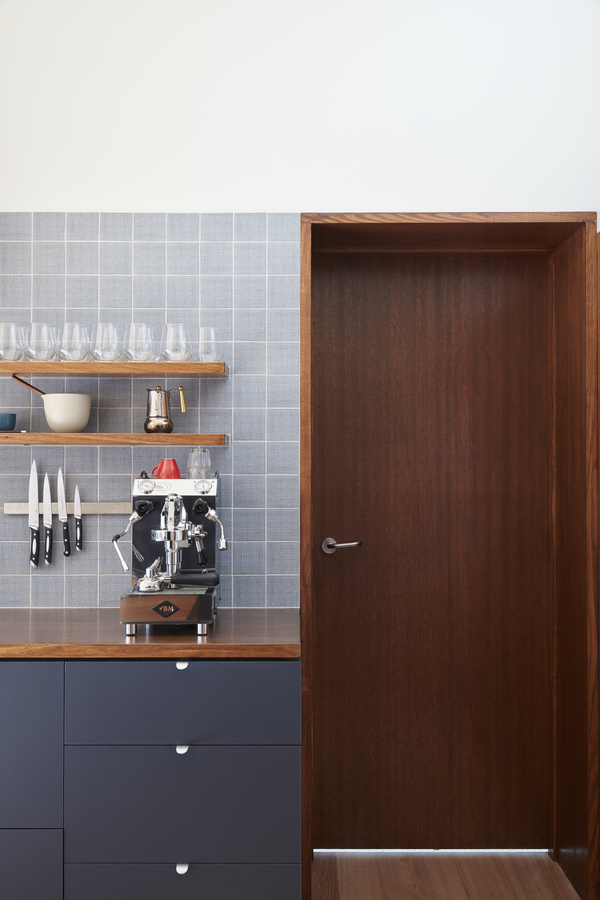 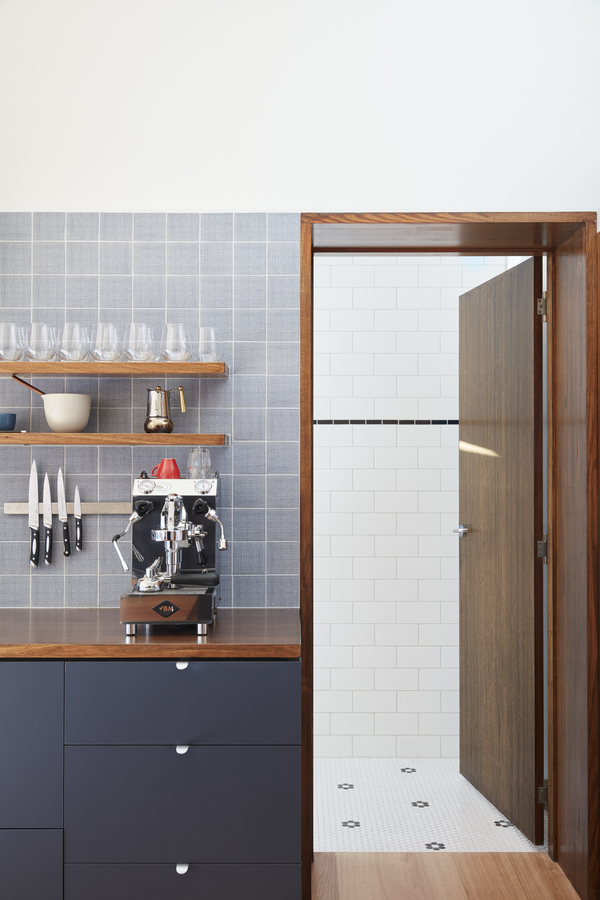 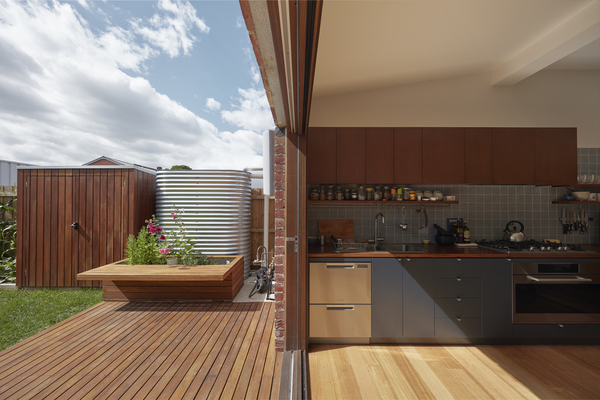 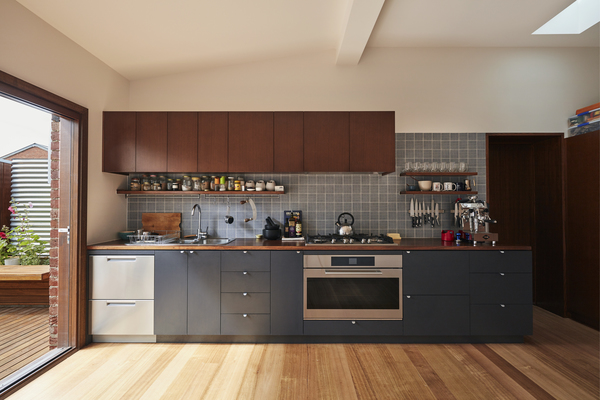 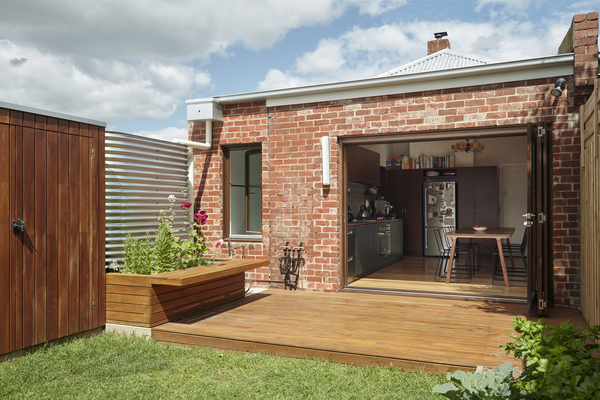 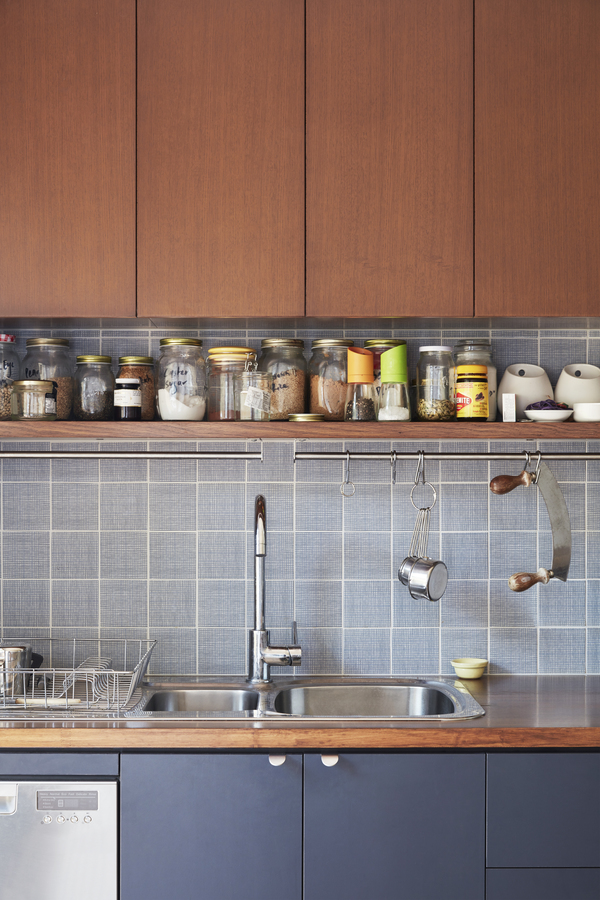 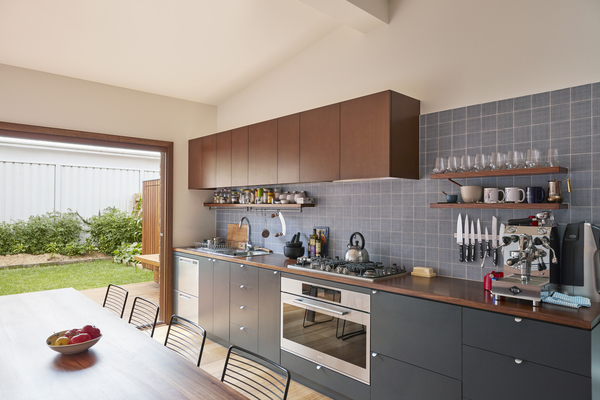 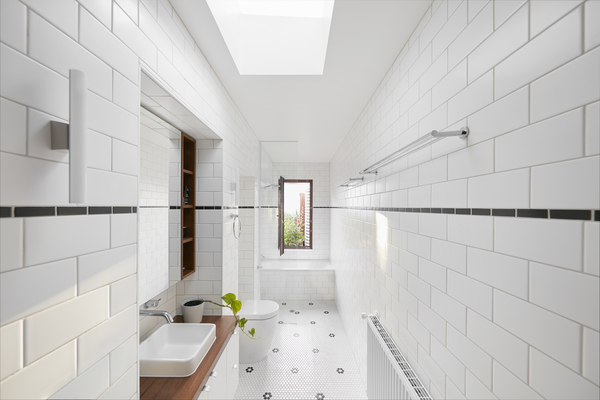 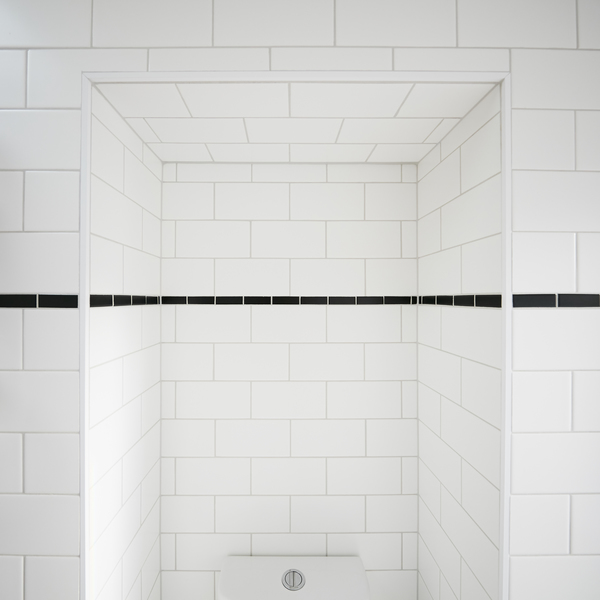 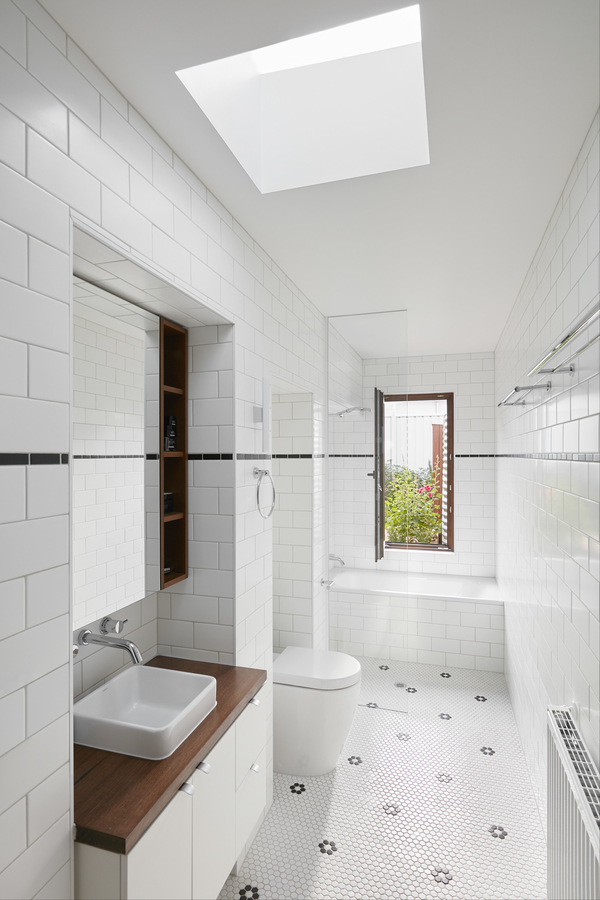 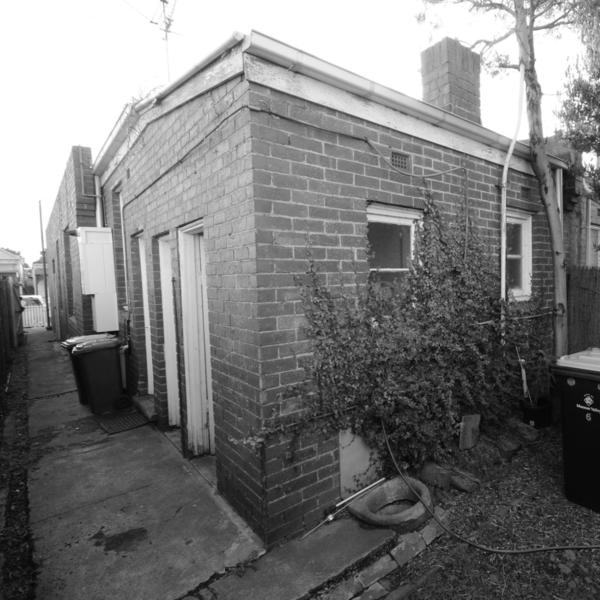 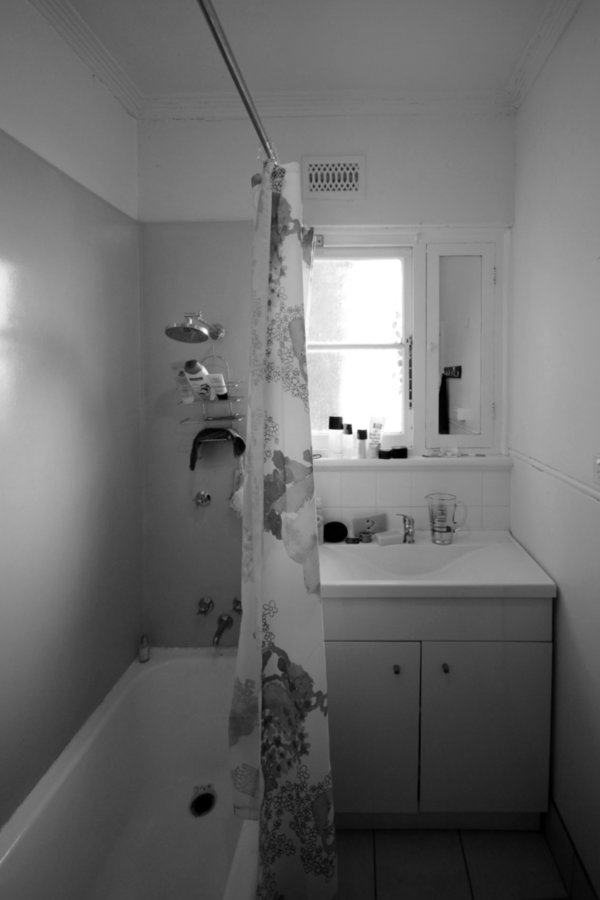 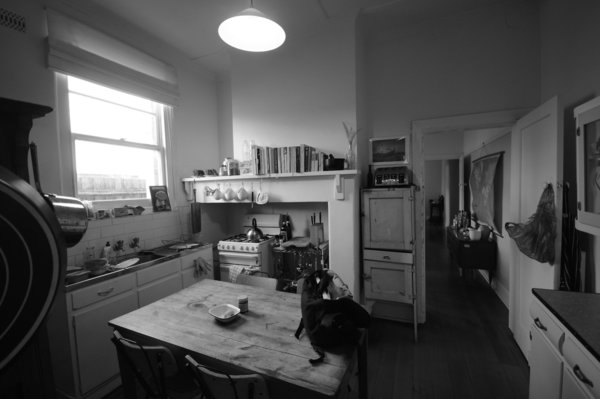 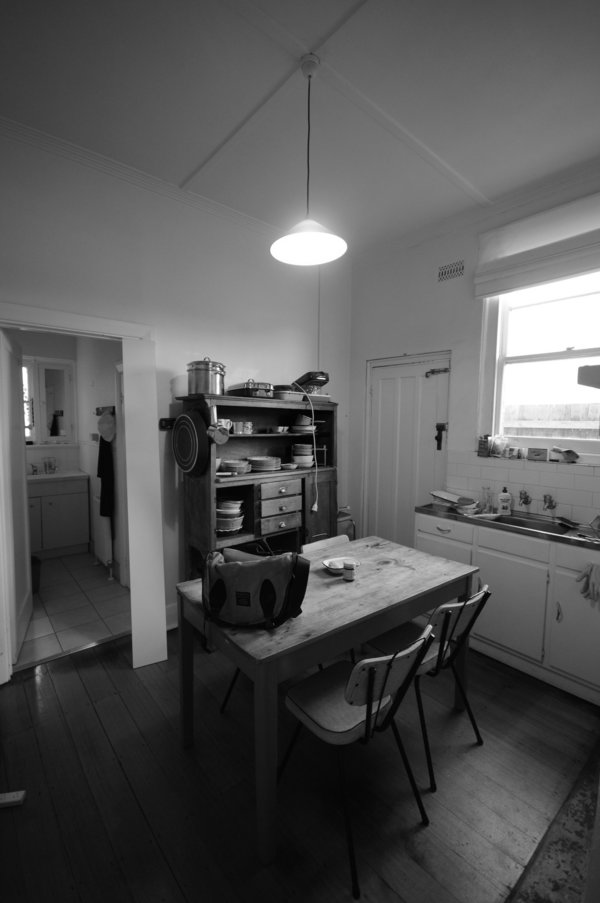 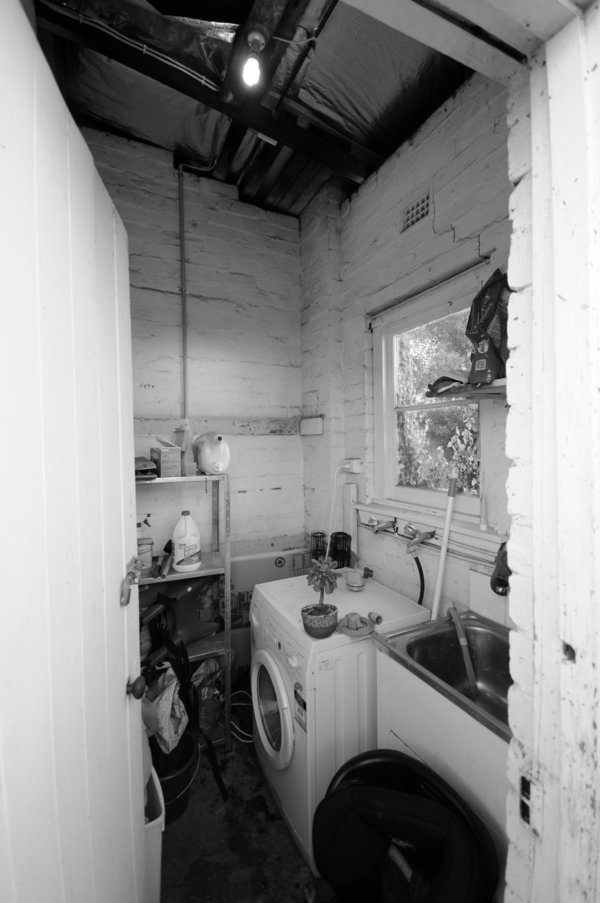 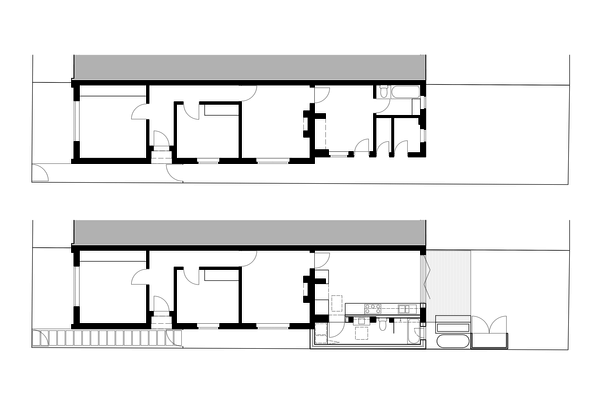 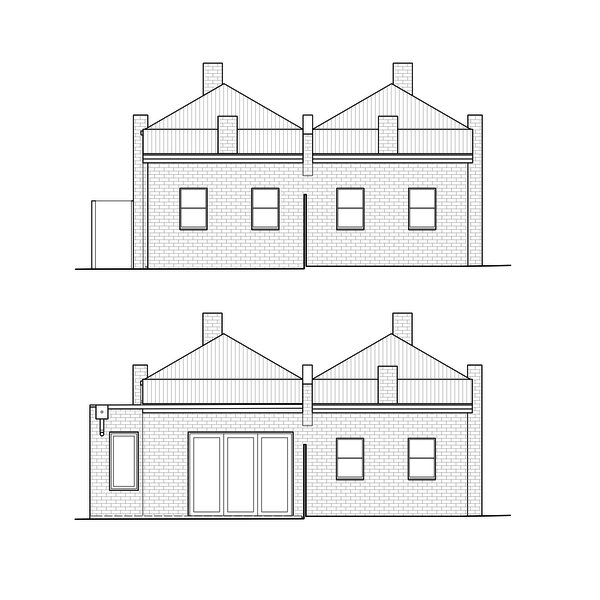 This brick home is one of a pair, built side-by-side c.1930. The brief was for a new bathroom and laundry, and a new kitchen and dining area that could entertain a large gathering while opening up to the backyard.

The first option we considered was to demolish the rear of the building to make way for a new addition, but it soon became apparent that the available budget would fall short of this plan. Instead, a decision was made to retain much of the existing brick structure, and pop out a small extension to the side.

This saved money in new structure and roofing while still allowing the entire back section to be reconfigured. We also liked how the home’s physical connection its twin next door was maintained. Bricks were salvaged from demolition, and re-used in the extension. In the bathroom, fittings and fixtures were located in former door openings to increase effective width while preserving a memory of house’s past.

One of our tenets is that bigger is not necessarily better. Witnessing the huge difference in function and amenity achieved through this compact renovation has been very rewarding, as was sharing our client’s joy in the reinvigorated space.

The brief from the owner, a keen cook, was to create a new kitchen and dining area that could entertain a large gathering and open up to the backyard. The existing bathroom and external laundry were both also to be replaced with new.

Overall, what are you most happy with about the project?

The fact that retaining the shell of the building proved to be a successful strategy, and that we managed to get so much amenity out of such a small area.

How did you answer the brief? Any interesting or unusual design decisions that helped to fulfil the brief?

The owner initially envisaged that the rear of the house would be completely demolished for the new addition. We explored this option, but soon concluded that this would not be feasible with the available budget.

As an alternative, we proposed retaining most of the existing brick structure, demolishing the internal walls, and building a small extension out to the side. This saved money in new structure and roofing while still allowing the entire back section to be reconfigured. As a bonus, the home’s visual and physical connection with its twin next door would be maintained.

Basically, we found a way to create the required functional areas by staying within the existing building shell and designing a compact little addition rather than demolishing and building anew.

What were some of the challenges with the design and construction?

We only had just over 1.4m between the external brick wall and boundary to fit in a new bathroom. After taking wall thickness and finishes into account, we were left with less than 1.2m. That is a skinny bathroom.

To make it work, we located the vanity and fixtures within the alcoves left by the former door openings, providing enough usable space, and a nice feeling of depth. We also liked how the alcoves hinted at the history of the house and what used to be there.

A less glamorous challenge was fixing the stormwater system. The existing drainage system was dilapidated and not draining away from the building, compromising the long-term stability of the footings. As part of the works, a rainwater tank was added to collect runoff, with the overflow running properly away from the building and towards the legal point of discharge.

What are some of the materials/finishes you used?

We used Vic Ash for the flooring, benchtops, and reveals, and matching veneer for some of the cupboards. The benchtops, reveals, and timber joinery were stained to match. The timber species used for the outdoor deck, shed, and bench is Spotted Gum.

The kitchen splashback tiles are hand-made by Mutina in Italy. Bathroom tiles are a mix of matt glazed ceramic tiles and mosaics.