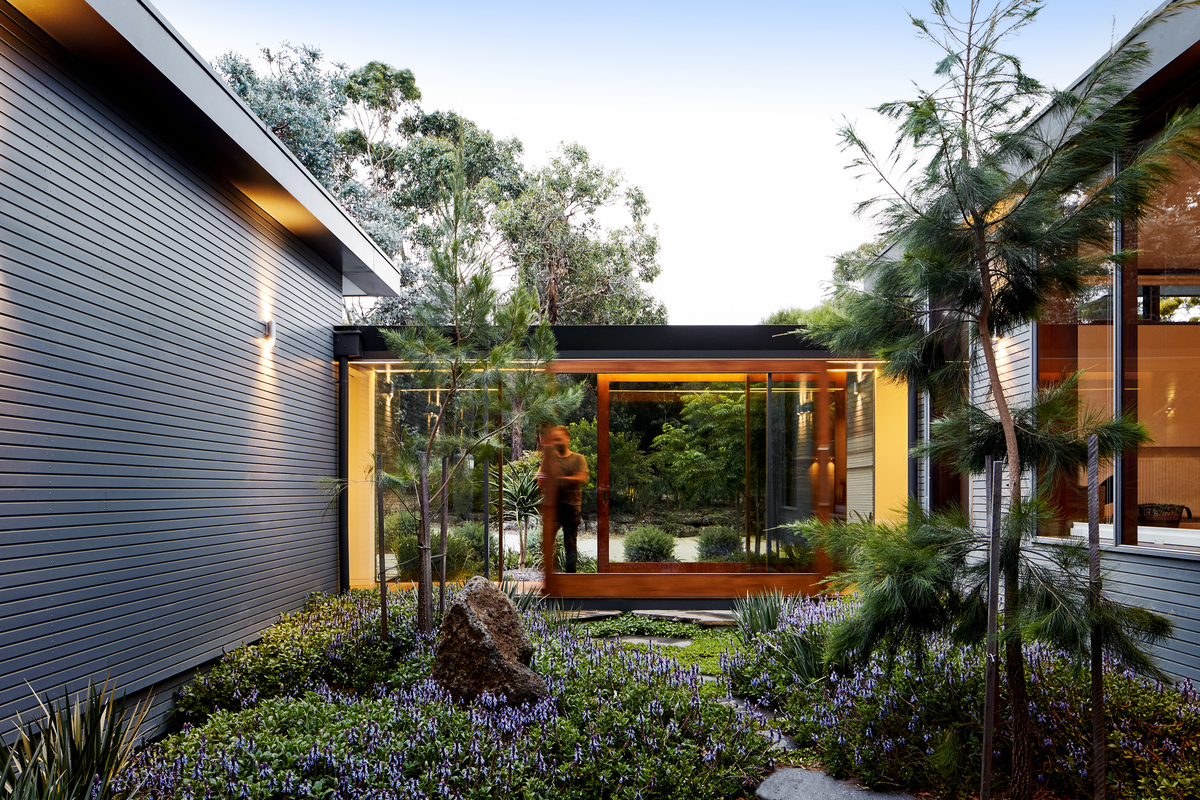 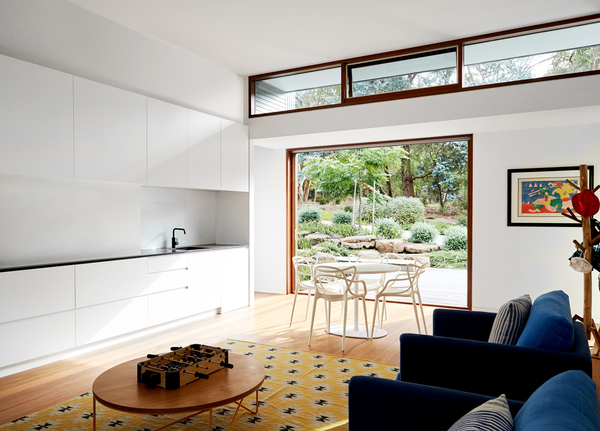 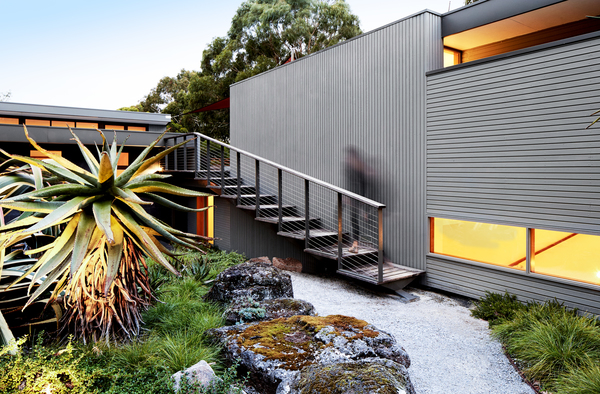 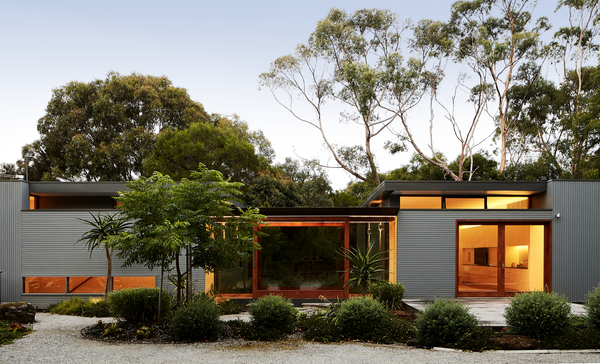 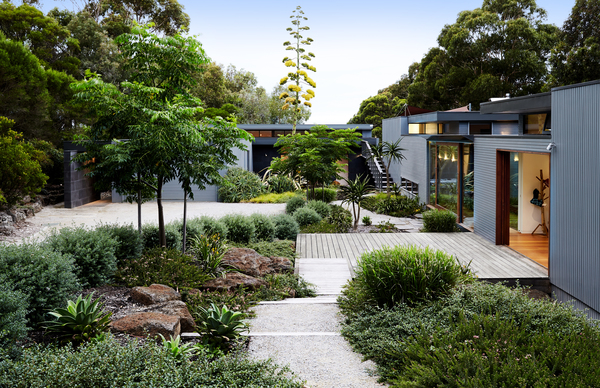 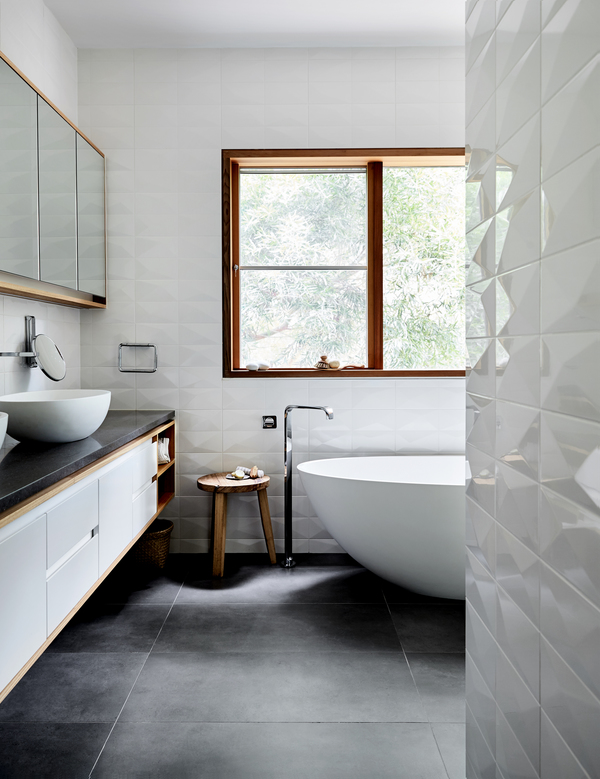 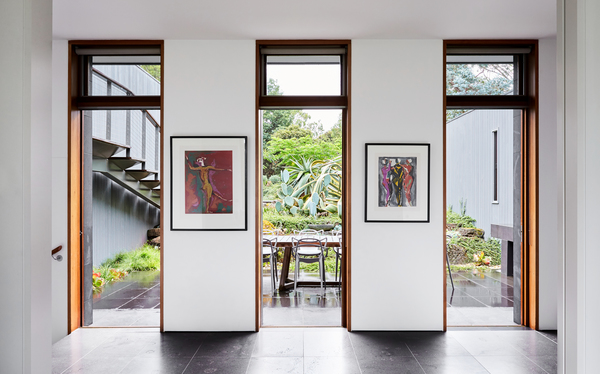 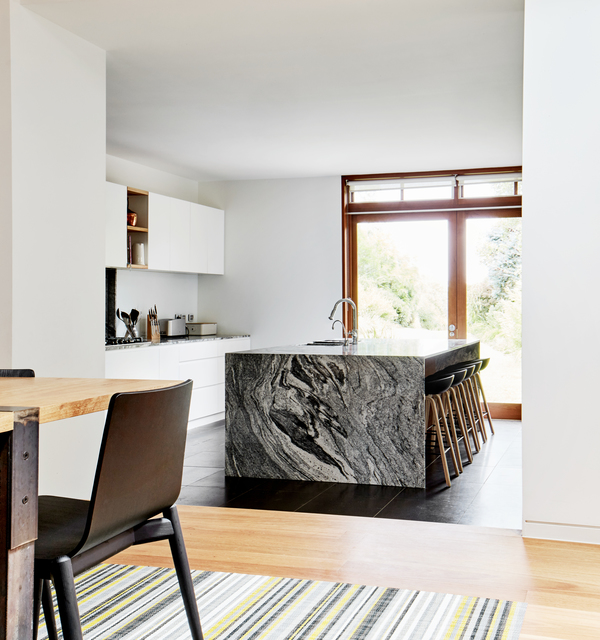 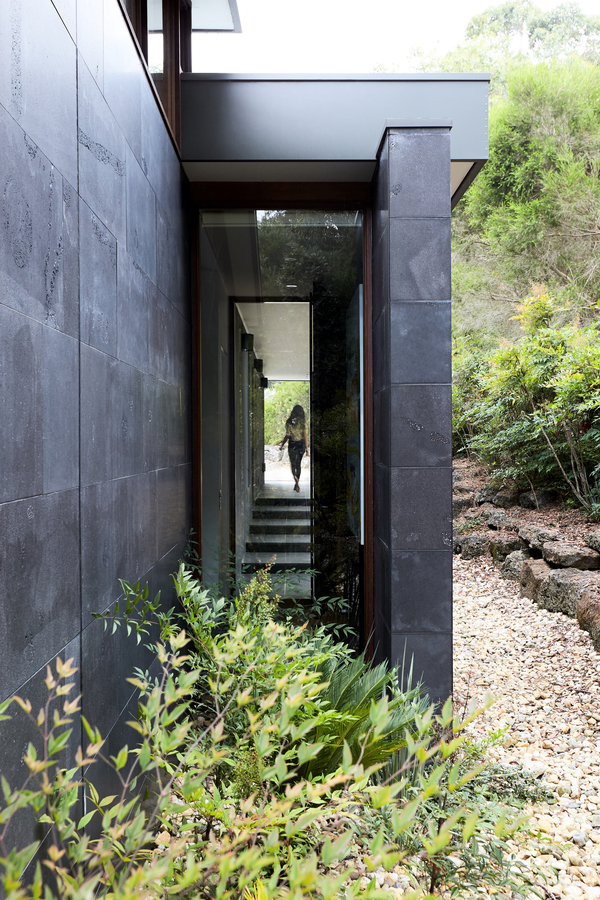 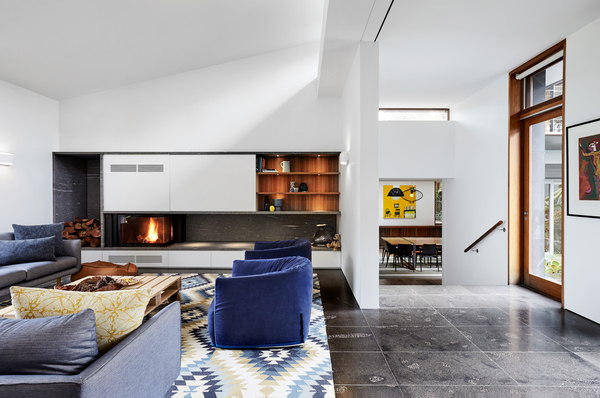 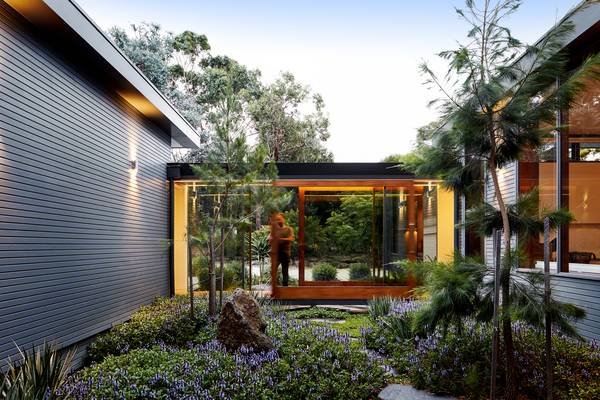 Nestled into a tranquil coastal landscape, the elegant existing three-bedroom house required rejuvenation, updated amenity and an extension to meet the needs of its new owners, while retaining the spirit of the house they fell in love with. The renovation of the house, originally designed by Architect Hugh Tuffley, called for a sensitive touch, as it was imperative to create a design response that resulted in a unified built form. To achieve this the original colour and material palette was used and built upon, while form and details, taking their cues from the existing building, were given a contemporary twist. Despite its incredible setting, the existing building did not take full advantage of its lush surrounds; therefore the new areas were designed to connect with the landscape, most notably, the glazed walkway which bridges across the garden, connecting old and new. Additional windows and skylights were introduced into the existing building, and in the master bedroom, this provided views into the new courtyard garden, which was created between the old and new buildings. The existing roof deck, which provided glimpses of the ocean was originally only accessible from the master area, a new external staircase was designed to connect it to the sun-drenched northern courtyard at ground level. Zoning prevented any built form above a single storey, so the sloping site was utilised to create separation between the different areas of the house via a series of staircases. To accommodate their children, grandchildren and friends who regularly come to stay, the owners required additional bedrooms, bathrooms and play areas. These areas were to be separate from the main house to provide privacy, and an ability to shut off the guest areas when only the owners were in residence. The brief also called for updated amenities within the existing building. A new entry was needed, as first-time visitors were often confused about where to go. This was achieved through a combination of a new canopy, fin walls, lighting and landscaping. Internally a complete overhaul of the kitchen, living, laundry, master ensuite and master areas were required. The existing natural tones of the building were retained in all these areas, with modern detailing updating the aesthetic. While the new sections of the house were built from sustainable timbers, double-glazed windows and ample insulation, sustainability issues within the existing house needed to be addressed. Low-e coatings were applied to existing glazing, the solar hot water service was upgraded, existing halogen lighting was replaced with energy efficient lighting and a fresh-water bore was drilled for garden watering. Landscaping was an integral part of the design as it was vital that the strong lines of the building soften into the landscape. In consultation with Fiona Brockhoff and her team, meandering paths were built through native gardens; allow the internal spaces to interact with the outside.