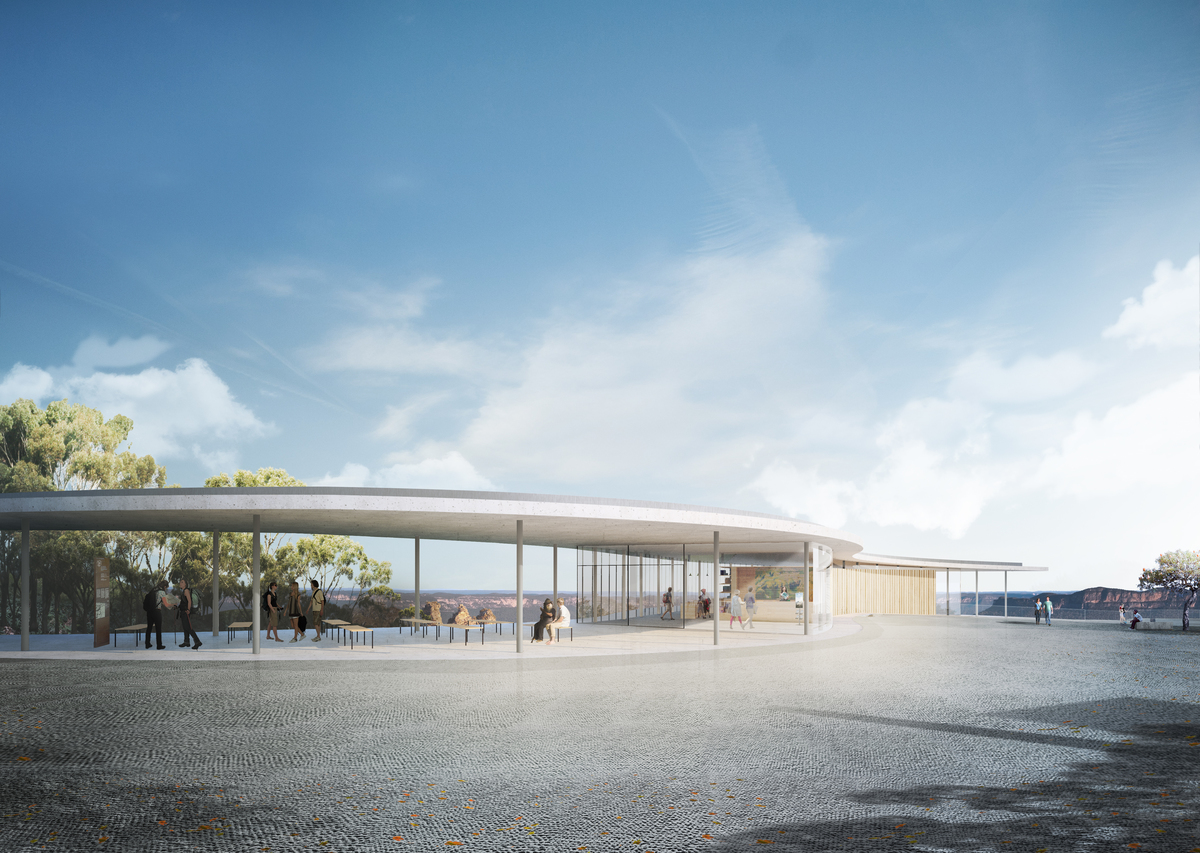 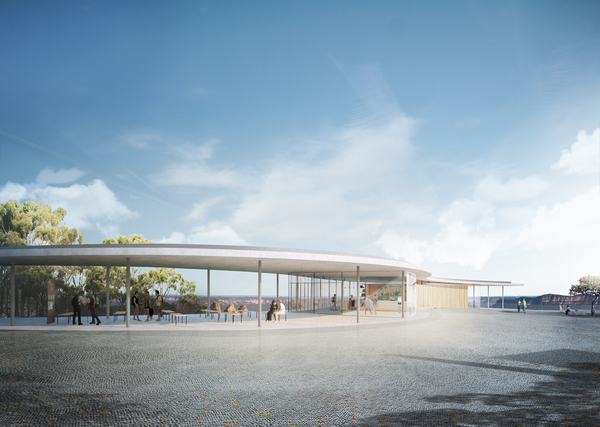 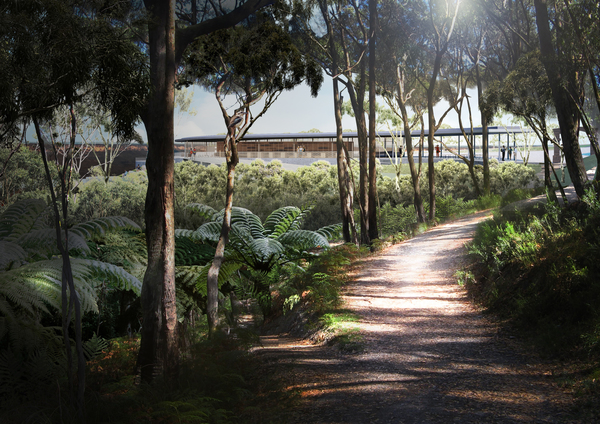 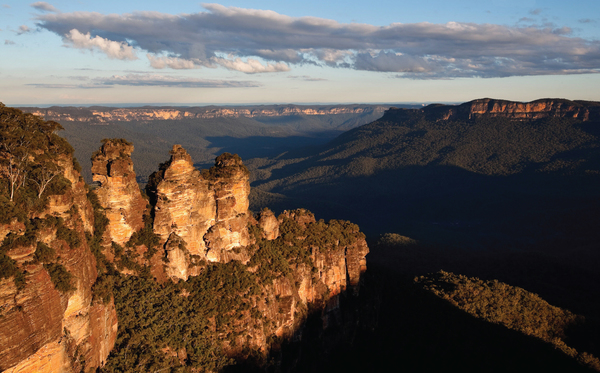 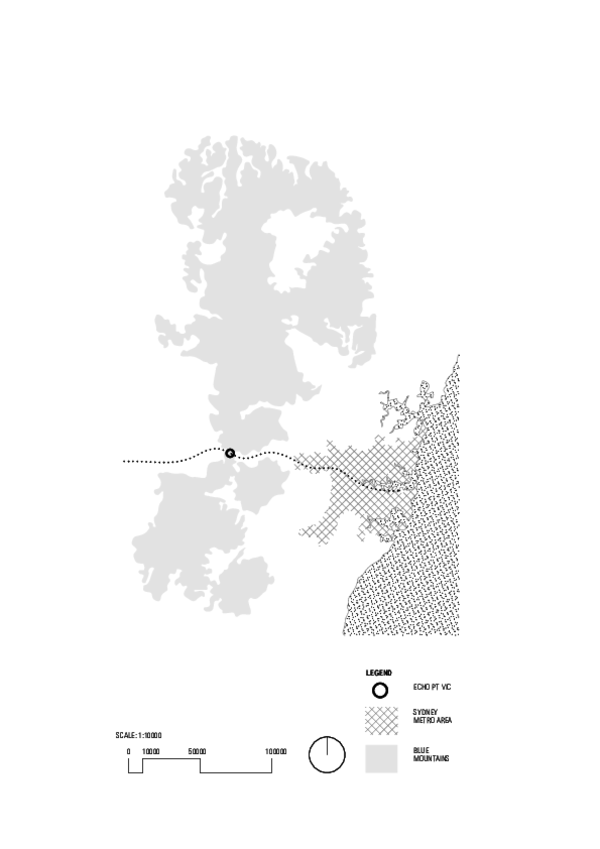 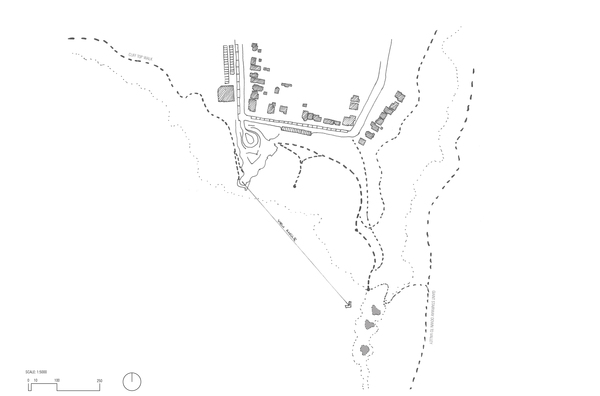 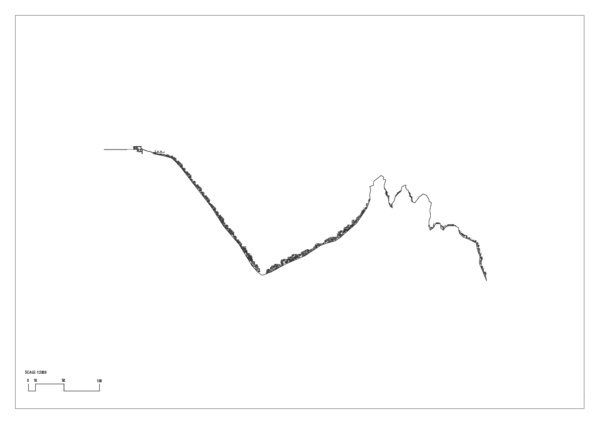 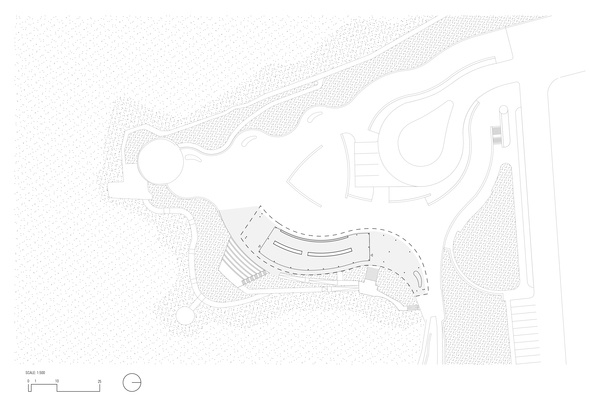 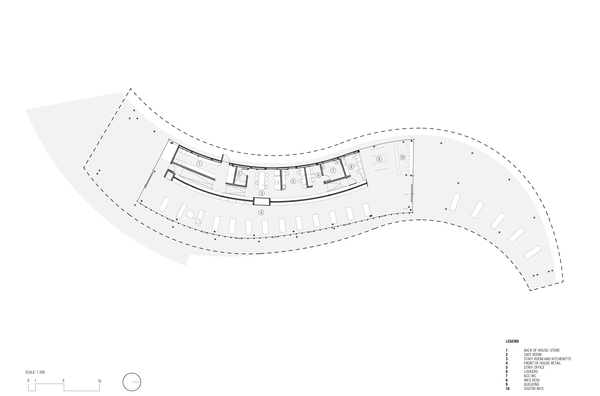 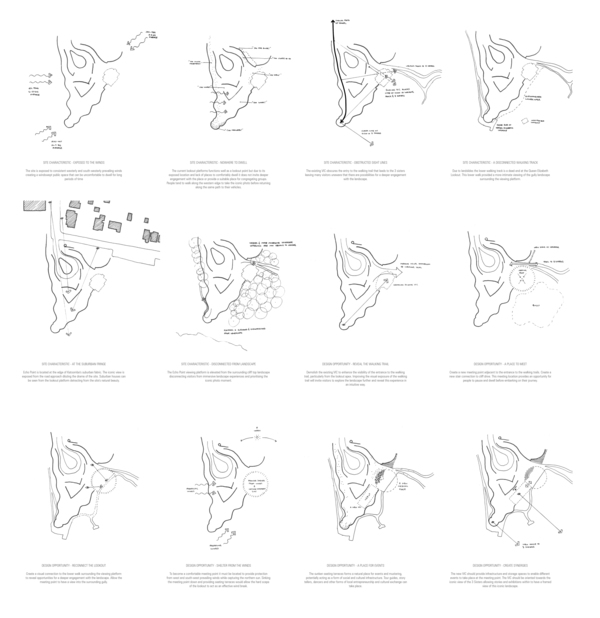 Working with the Blue Mountains City Council, CHROFI and Breakspear Architects have been commissioned to revitalise the Echo Point Visitor Centre, providing a high quality tourism facility that acts as a frame from which to take in the sweeping beauty of the mountains and the dramatic vertical outcrops of the Three Sisters.

Greater Sydney is bounded to the West by the Blue Mountains World Heritage Area, forming a rare adjacency between global city and pristine wilderness. Echo Point, with direct train and highway connection to Sydney is the main arrival point for five million visitors per year to the Blue Mountains. It is here that a large triangular shaped concrete platform funnels sight-seers from the suburban surrounds to a lookout of the Three Sisters rock formation and immense valleys beyond. The transition from banal to magnificent is unceremoniously abrupt, which may explain why most visits to Echo Point are a fleeting day-trip stop-over for a photo with the view. Currently the platform confines people within its balustraded perimeter and inhibits further exploration of the landscape. The Echo Point site is representative of the outdated tourism infrastructure throughout the Blue Mountains. The local government has recognised the deficiency and commissioned a new information centre for Echo Point within a broader strategy to improve and enrich visitor experiences of the mountains.

As the primary arrival destination, the Echo Point information centre will be a point of reference for the entire Blue Mountains. We imagine it having the same transformative impact as the Torii gates of Japan, structures that mark a transition from the mundane to sacred. A presence that elicits a change in perception with minimal architectural means. As a gateway, the new centre will lead visitors from the lookout to the bush; from seeing the landscape from a detached aerial perspective to a direct encounter with the ancient cultural, geological and ecological history of the Blue Mountains.

A simple sheltering gesture with the centre’s new roof will connect the site’s peripheries into a singular composition that invites exploration beyond a previously confined perimeter. The roof stretches along one length of the triangular platform, it’s two bends rationalise the edge’s wiggly outline. This new form gives a sense of enclosure to what was an arbitrary expanse and creates a forecourt to welcome visitors upon arrival. The roof’s meandering curves open the platform to the bush and lead people from the vertigo of the lookout to moments of quieter contemplation within the landscape. The centre becomes a continuation of walking trails that reach far into the distant valleys. A roof overhang defines an entry to the trails and suggests a gathering place for laces to be tied and guides to be met. Horizontally proportioned and gently sloping in parallel to the natural 1:40 gradient, the centre is a grounded space that merges with the terrain of plateaus and gorges carved from ancient sandstone.

Dense eucalyptus forest blankets one million hectares of the Blue Mountains. The perfumed oils exhaled by each breathing tree are so abundant that incoming light is scattered by their presence, a phenomenon that contributes to a visible blue aura in the region’s atmosphere. The new visitor centre is a sequence of external interiors that bathe in this unique air. The centre has no walls. A timber block, containing storage, staff services, information kiosk and merchandise display is sculpted in parallel to the concrete roof above. The block is a spine between the arrival forecourt and the centre’s public spaces for retail, information, exhibition and events. An operable, sinuous skin of glass moderates the rain and wind. Through the transparent facade a wall of forest encloses the interior. Amongst the tree trunks are tangential glimpses of the iconic Three Sisters. Views are not framed, the landscape and architecture are experienced as one. The ceiling is an uninterrupted surface supported with a minimum of vertical steel columns. The sheltering concrete mass is dematerialised as the mountain light is reflected and intensified from the soft polished sheen.

The Darug and Gundungurra indigenous communities have a long and spiritual connection with the Blue Mountains country. At their suggestion, the new centre blends architecture and landscape to provide ideal settings for cultural exchange. A loosely delineated outdoor room suggests a place for local artists to produce works where visitors can be a participatory audience. An exhibition room will display the nearby aboriginal sacred sites without their exact location being revealed. Spilling from the new building into the fern gully will be an open amphitheatre. Here, within the protective micro-climate, visitors can listen to aboriginal guides tell their stories and begin to appreciate the landscape as understood by the ancient indigenous cultures.