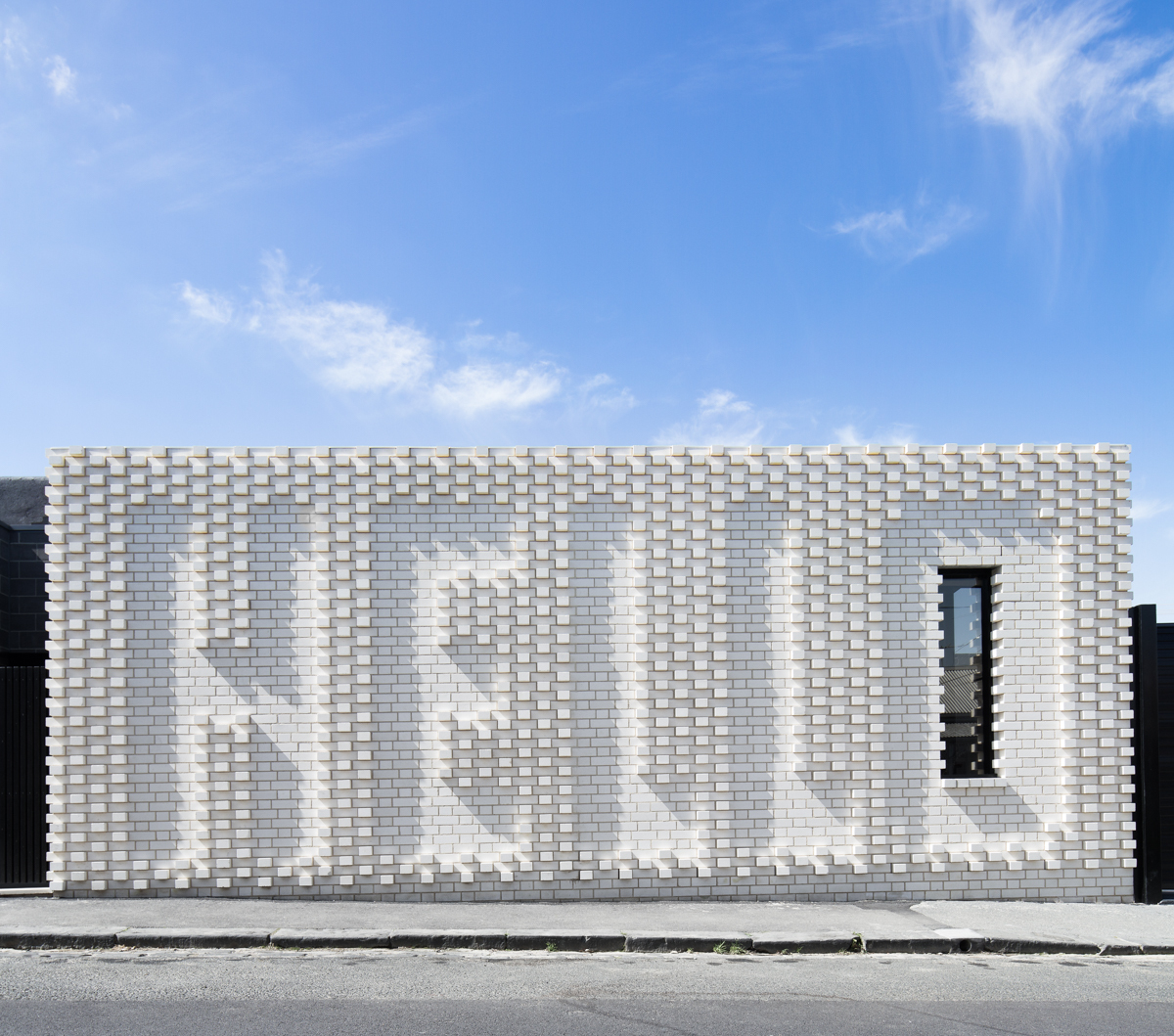 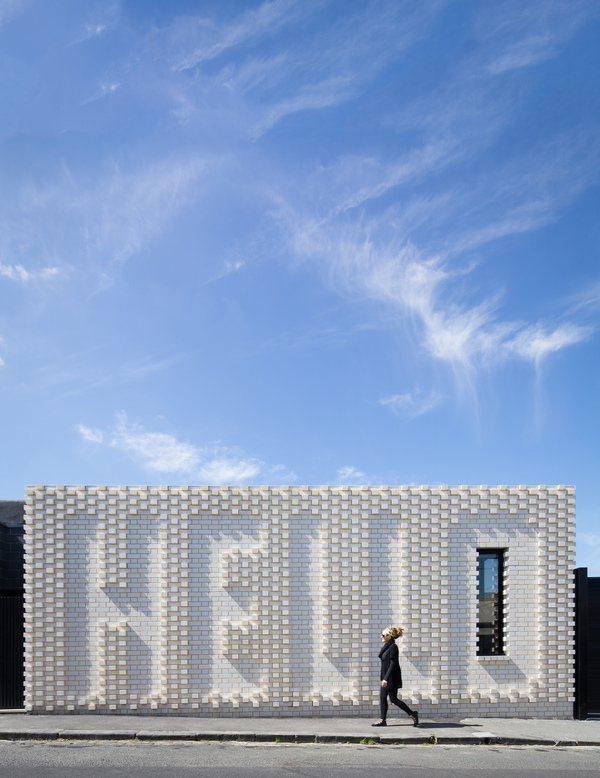 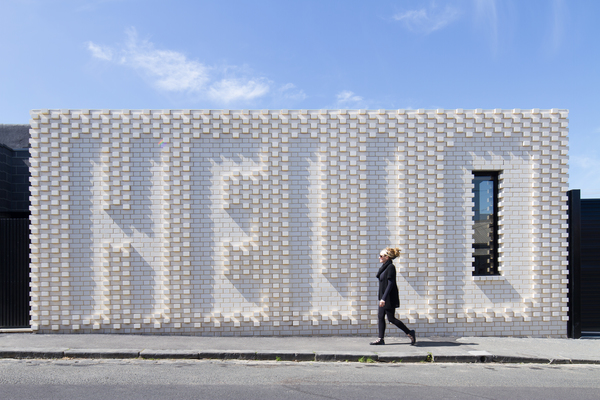 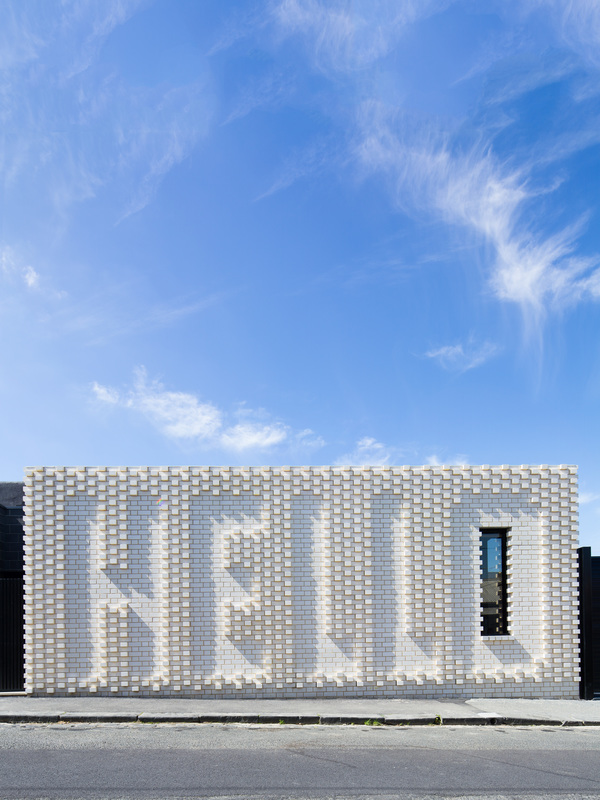 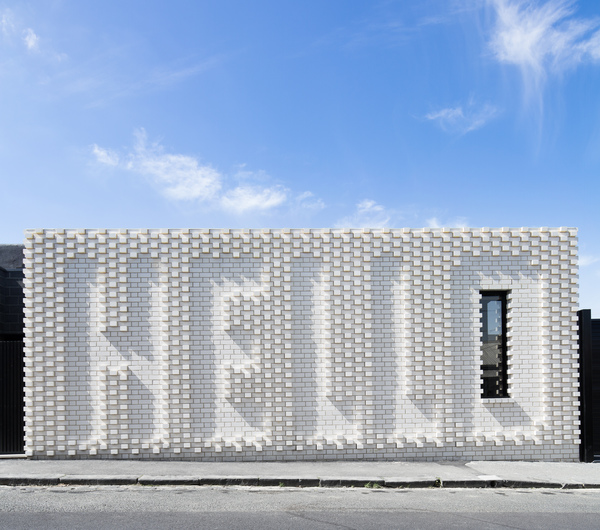 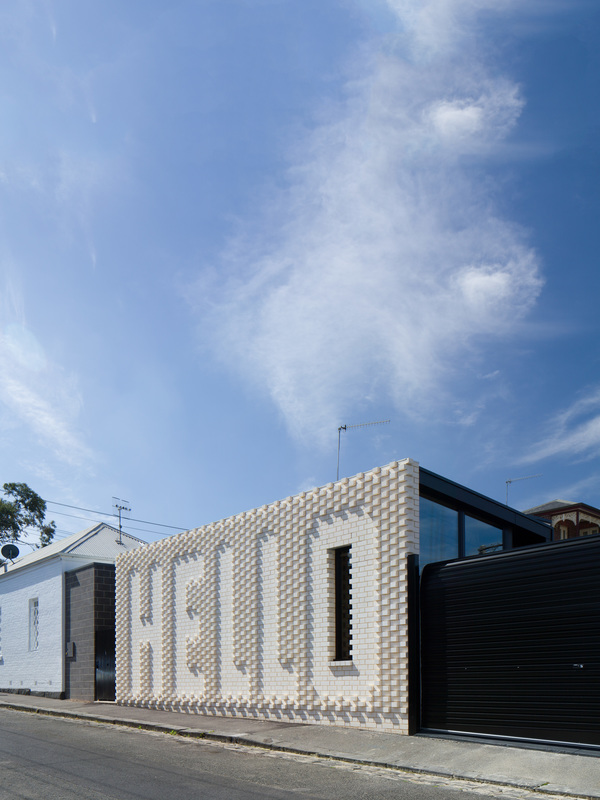 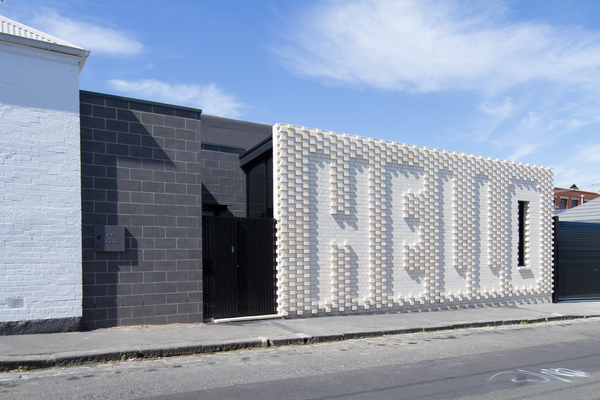 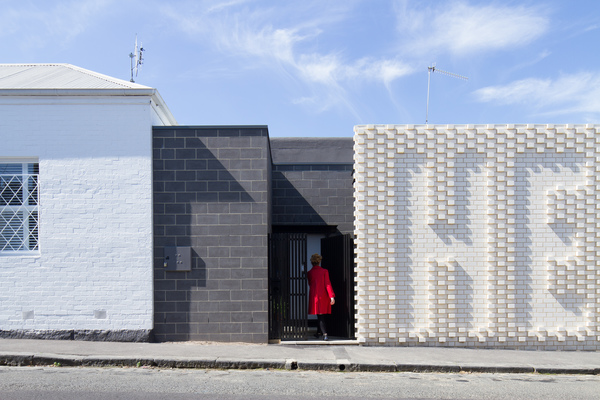 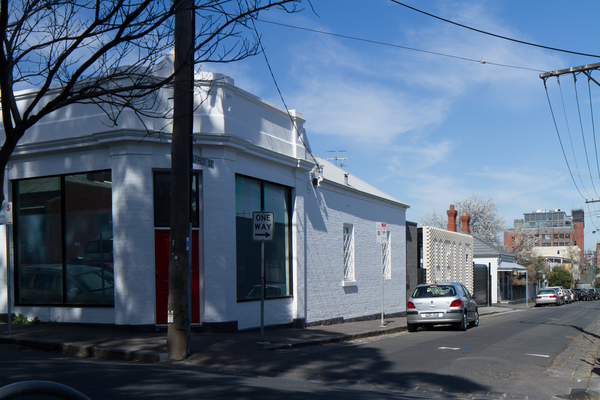 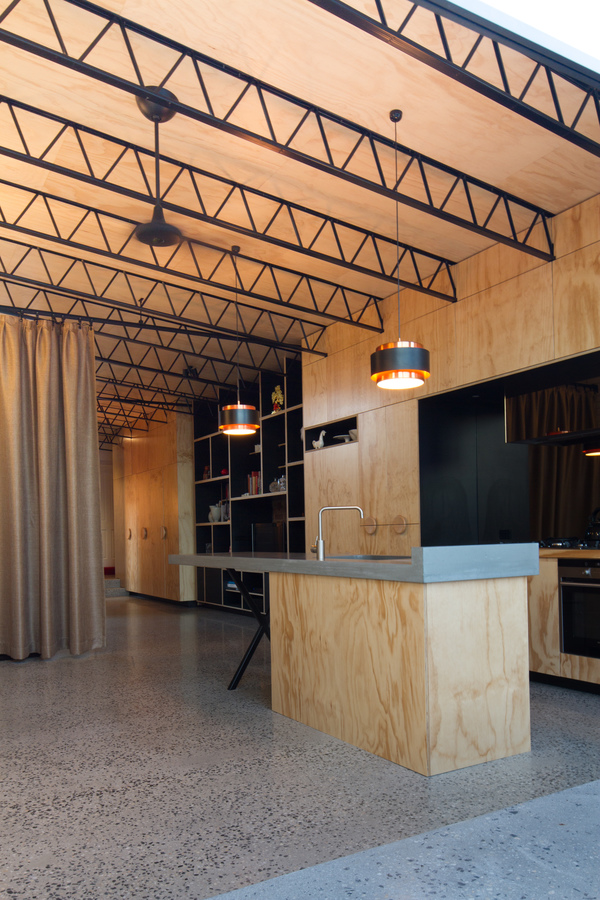 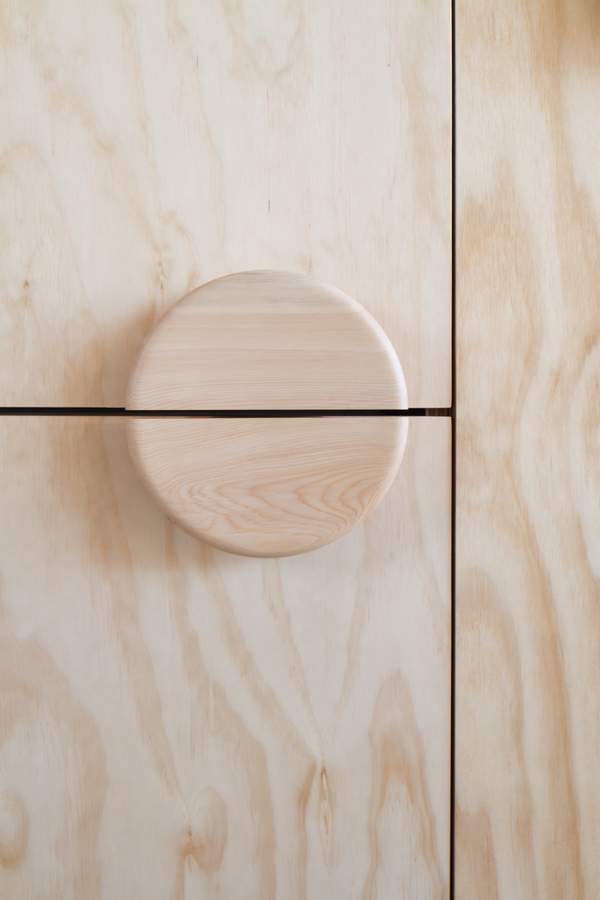 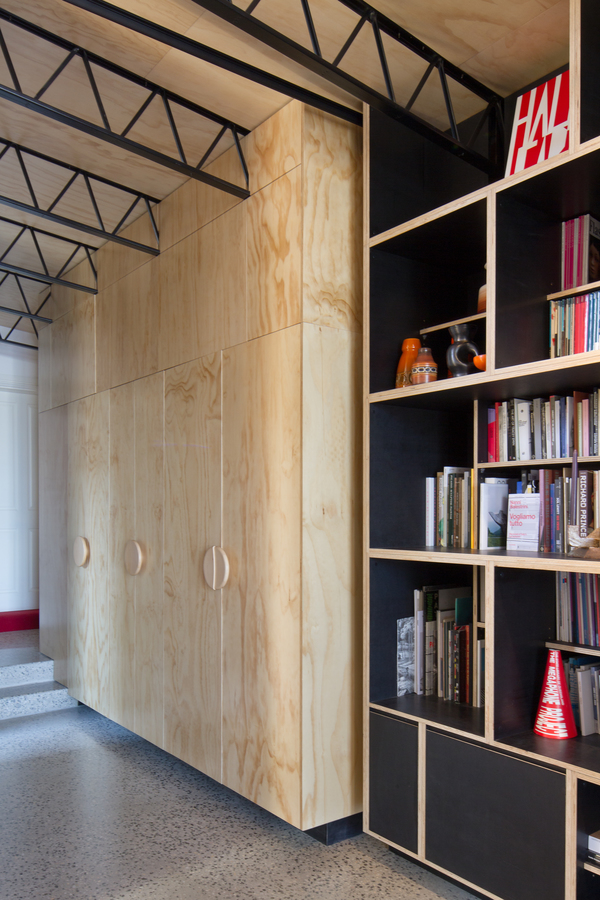 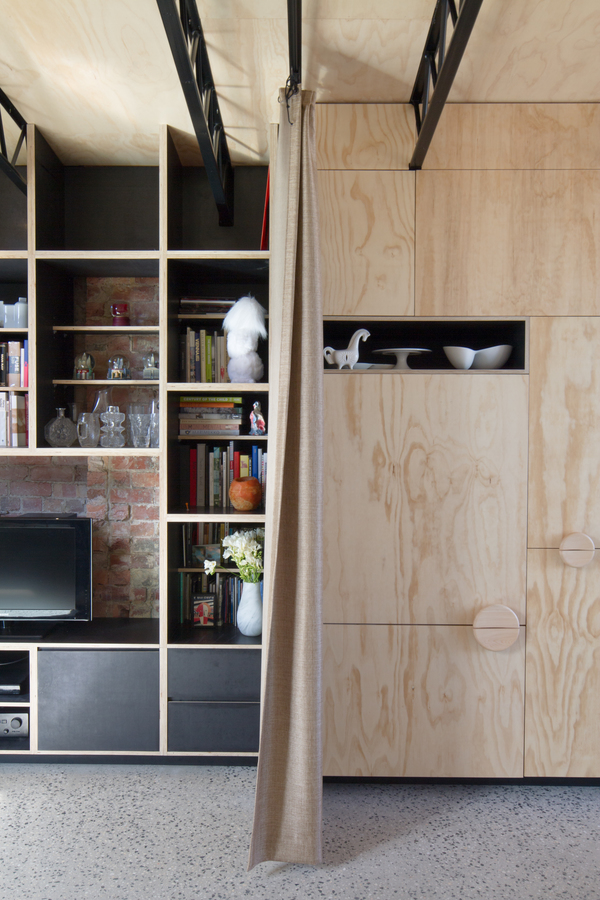 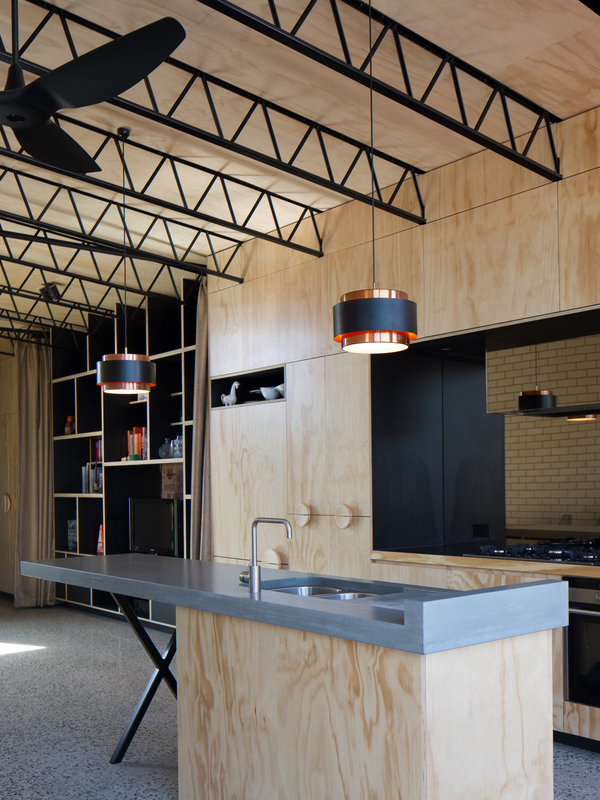 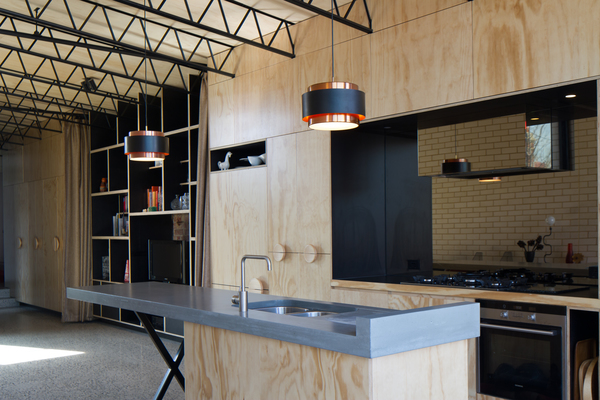 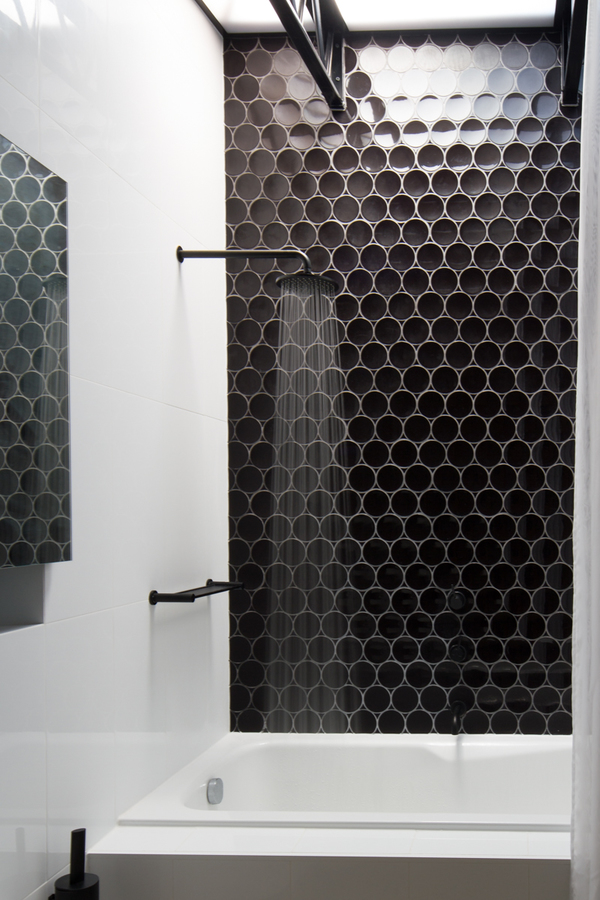 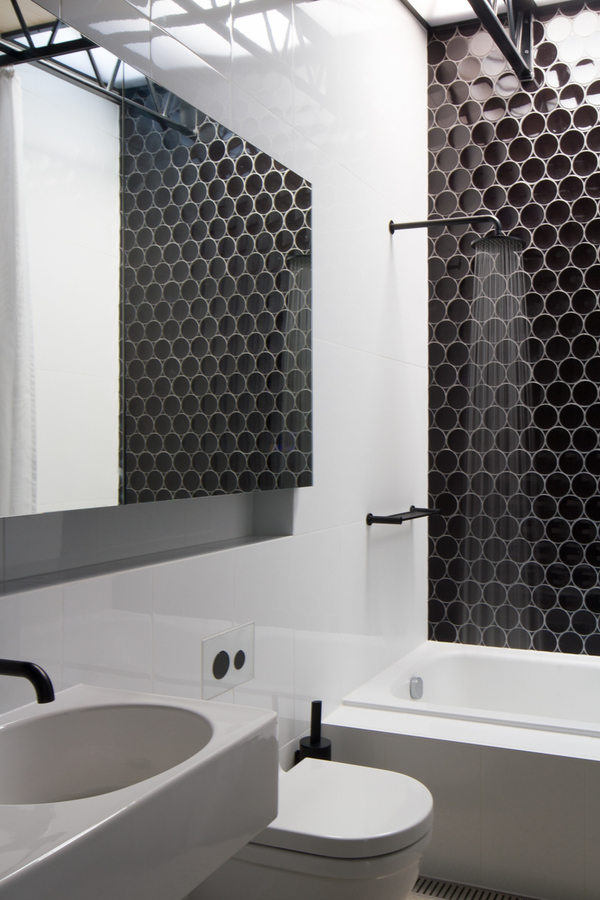 The Hello House is a two-bedroom Victorian-era home and creative studio (and former shop) in Richmond, Melbourne (VIC), Australia. Most noticeably, the home features a large, white-brick wall featuring the word ‘HELLO’, that offers a conversation with the neighbouring buildings and its
residents.

A skin of brick is all it takes to keep a secret and two worlds exist happily side by side with a public face that cheerfully greets the street while giving nothing away about the world behind. Inside, the house adjusts to the needs and moods of its residents – a cosy retreat in winter or an airy pavilion in summer – all secret from the outside world.

Rather than blending in or blanding out of its heritage-ous neighbourhood, Hello House is a slightly loud but friendly new face in the street.

What sustainability features does the project have?

As with all projects we work on, the 'sustainability' elements are integral to the design. Passive design elements such as generous natural light and airflow into the home, as well as good thermal mass provide benefits that last the lifetime of the house.

Using a minimal materials palette of high quality, long lasting, low maintenance materials also helped to reduce the environmental impact of the home. Double-glazing was used throughout and high efficiency in-slab hydronic heating was added to the extension.

What were challenging aspects of this project?

As is often the case in inner city areas, council planning approval is difficult, and convincing heritage officers that the modern addition was a positive contribution to the architecture of the area was certainly difficult. However, ultimately they saw what we saw, which was an area with a mix of architectural styles, with materials very similar to those we were using for the home (brick and block work).

What was the building / land like before the project started?

The existing building, like many single-storey Victorian houses, had what many would now consider a 'back-to-front' layout, with the bathroom and laundry at the rear of the property that made the back garden inaccessible to the living areas. It also meant that light and air didn't penetrate into the centre of the home, making it dark and uninviting.

The front of the house was originally a shopfront – although there had been many incarnations since – with large windows facing directly onto the street.

What was the inspiration for the design?

The main aim of the design was to create a liveable modern house with the living, kitchen and dining spaces at the rear of the property, maximising light and creating a sense of open spaciousness on a small site.

This inspired the rear open-plan space, with full height glazing at each end, high ceilings and a minimal materials and colour palette.

Externally, we were keen to make a building that would resonate with the surrounding neighbourhood and offer a positive contemporary approach to living within the heritage rich fabric of the inner city.

The design was actually around five-and-a-half years in the making. After working with the clients to develop the design, we were almost up to building stage when the clients' situation changed unexpectedly, meaning the project was shelved.

When their circumstances changed and we were able to revisit the design, many elements were reconsidered and some, considered superfluous, were removed. Ultimately it created a wonderful opportunity to approach the design with fresh eyes, and the building is all the better for it.

The Hello wall may not have come about had it not been for this 'resting' time for the design.

What makes this project different?

The Hello House could have been a typical inward looking home with the usual modern rear extension to a Victorian house. The clients, however, were interested in the idea that their project should be more than just a private home.

Sitting on a corner opposite the local cafe, the area is a hub of activity for the neighbourhood, a sort of mini-civic centre. Rather than using the house as a tool to shut themselves off, we thought it could be a way to be part of the “village” they loved. Our conversations led to the most distinctive feature of the home, the 'Hello' wall, designed collaboratively with Melbourne artist Rose Nolan.

The wall, literally representing the start of a conversation, greets the locals while also continuing the architectural story of the area which is home to a mix of 19th century heritage buildings, 60s and 70s brick flats as well as small warehouses and more recent architectural gems such as the nearby Robinson Chen designed Wheeler House.

One of the things with this house is that – while we may have spent more money on things like the Hello wall and the joinery – it wasn't a question of buying flashy, shiny materials and expensive designer furniture; we used commonly available materials, but paid skilled people to put in the extra time and thought to treat the materials with craft.

A lot of the materials we have used are modest, ordinary materials like plywood, brickwork and industrial trusses, but there's a bit of extra craft on top which makes them extraordinary. So there was an investment in ideas and craft rather than 'stuff'.

How would you describe the clients?

The clients are a couple who love their neighbourhood and are keen to engage with the community through their home. It is rare to have clients who have such a natural sense of their home's contribution to a neighbourhood.

I would describe the clients as trusting, passionate, creative and fun. They are people who are interested in ideas, but not 'bling'.

They are people who embrace ideas, partly because they work with creative people themselves. So they like ideas rather than being interested in prestige or 'luxury'.